It has been 5 months since I left New Orleans. It has already been two months since I arrived in my new ‘hometown’ of Melbourne, Australia. They say that time flies when you’re having fun. It never ceases to amaze me just how fast though.

Now that we are somewhat settled into our new life here in Australia, I have started looking back on my time in the United States. I realize that the 1.5 years I lived there have flown by in the blink of an eye. I also realize that a report on my US adventures is incredibly long overdue.

One report will never be able to cover all the amazing people I met, places I visited, and the foods I tried (!). Not to mention the countless random situations I got myself into. I am aware of that, but this post is a start. Probably of many more posts to come. 🙂

In need of some ‘inspiration’, I asked myself:
How would you best sum up your time in ‘Merica?
The answer came to mind almost immediately. If there is one thing that stood out during my time in this – literally – great country, it would undoubtedly be the road.

Now, I am not talking about the horrible condition of almost all roads in New Orleans, ridden with holes, crumbling asphalt, and construction zones. That would probably be worthy of a blog post of its own. 😉

Nope. The road I am thinking about refers to US Highways.

Many, many, many miles of US Highways…

USA: the land of the road trip

My new “American life” started by getting stranded in New York. Upon arrival at JFK, the airport was shut down due to the extreme winter weather conditions across the entire Northeast of the US. There was no way that I, or anyone else, was going anywhere.

New Orleans would just have to wait for me a little longer. I was ‘forced’ to stay in New York City until further notice. Boo, what a horrible punishment…
[I love love love NYC!!! 😀 ]

After a night in the Hilton Hotel in lower Manhattan (again, what a horrible punishment), I was getting ready to roam the streets, squares, parks, and bridges of Manhattan. In other words, I put on every single piece of clothing from my hand luggage that somewhat allowed itself to be layered into a subzero-temperature-resisting-without-having-a-winter-coat outfit.

By the time I was fully dressed, I think I was literally wearing at least 20 different items, from tops, t-shirts, and long-sleeves to leggings, jeans, and at least 3 pairs of socks.

My strategy?
Walk until I could no longer feel my legs, then pop into the nearest coffee shop to warm up again, and so on and so forth.

After Mardi Gras and St Patrick’s Day had hit the town of New Orleans, I was once again bitten by the relentless travel bug. The bastard never seems to leave me alone for more than a few months at a time.

No matter how much fun I was having, I had to get out of the city!

So… I took a week off from work and decided to dedicate myself to the business of random exploring.

And where do you go to get the All American Experience? That’s right. 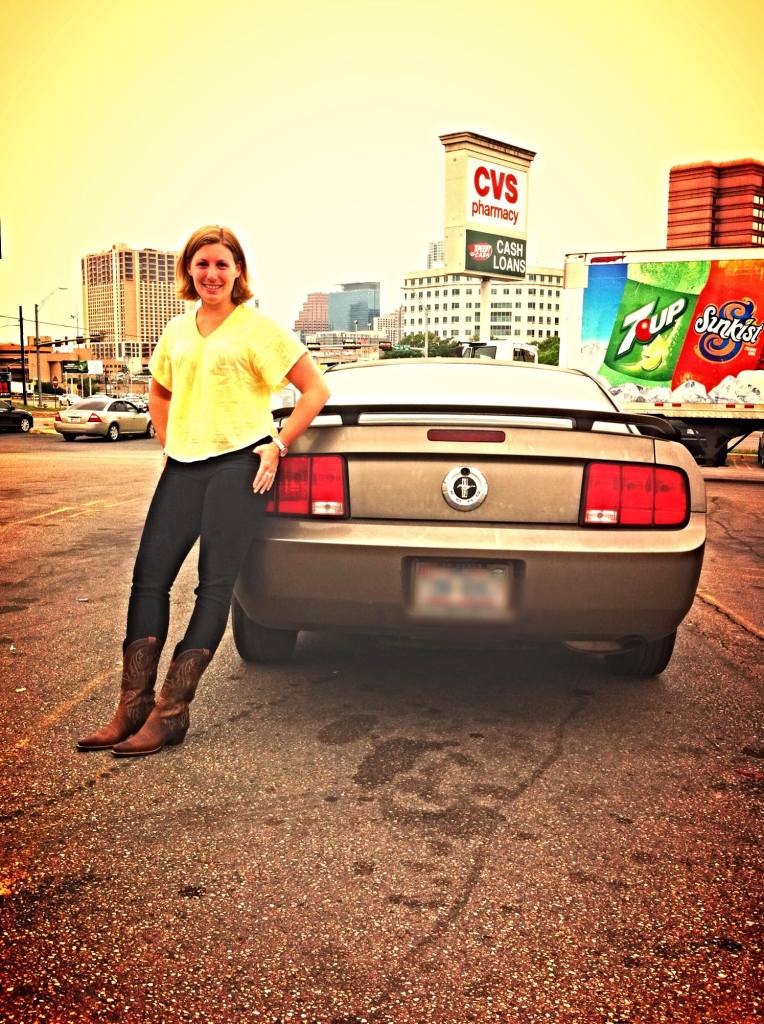 Well, that did it. Give me a little taste of travel, and I become insatiable.

Less than a month after the Texas adventure, I called up a buddy of mine in Arizona and told her I was coming to visit.

To give you a better idea of my definition of a ‘buddy’ (just kidding!): I had not seen or spoken to this girl in five years.

We had met over a cup of coffee somewhere on the South Island of New Zealand some time back in 2009. A few months after this random but lovely meeting, I found myself in a cold and rainy Los Angeles (just my luck?) taking her up on the offer of calling her parents, “because they are awesome” [her words]. Turns out, she was absolutely right. They are a hoot. So nice and caring, not to mention hilarious (!), that 4 months into my solo-backpacking adventure around the world I decided to spend a full week at her parents house in the desert of Arizona.

Yes! Why don’t we?
I love my friends. Spread out all across the world, but always happy to see me. 🙂

What happens when Marly starts a new adventure? She meets someone.
Usually right before, so that it becomes much harder to leave. Not this time though.

This time, I have actually found a life partner who turns out to be a great travel partner too! 🙂
We passed the “Texas Test” with flying colors, so now we were driving to his home state of North Carolina.

We were going to a wedding! Of one of his friends I don’t even know!

I’d like to say that this is totally normal for my lifestyle, but when it comes to weddings I am still very much inexperienced. I once attended a wedding of a good friend in Buenos Aires, and another beautiful wedding celebration of a lifelong friend back in my hometown in the Netherlands.

So what was I supposed to expect? Will it be awkward not knowing anyone?
But more importantly, what shall I wear? And how to do my hair? 😉

Summer had come and so we decided to step up our game. It was time for the Road Trip of all road trips!

Or… at least as much as we could cram into 9 days. And we sure gave it our very best shot!

Starting in New Orleans, we drove straight across the United States of America. From South to North, from the Mexican Gulf to Lake Michigan. What an amazing adventure!

[In case you started doubting my capabilities as a photographer: I chose the above picture on purpose. Love those classic panorama blunders!]

What was the plan for the way back South?

We came up with a different route to take. The country route.  Just because we can. 🙂
From Chicago we drove through Indianapolis, to then haul all the way to Cave City, Kentucky.

Yes, the absolute middle of nowhere. Hosting a very impressive system of caves though. After visiting the Mammoth Caves early in the morning, it was again time to hit the road!

On the schedule for the rest of today?

However hard it was to leave that party place, we did manage to arrive in Birmingham, Alabama, for a very late dinner.

And then finally, we got back to the city of New Orleans. I think it was around 3 AM.

Or should I say, good morning?

Being our home base in the United States, we made it our priority to hit Louisiana roads whenever we had a chance. Throughout 2014, we made many short and longer road trips around this historically French and Spanish state.

Remnants of its interesting past to be found everywhere!

Summer came and summer went. I was having so much fun, and time was flying so incredibly fast, that I didn’t even stop to realize that fall had come along. Not that surprising though, when temperatures don’t drop and leaves don’t change its colors.

Welcome to Louisiana life, where the sun smiles at you year round. 🙂

But however sunny and funny, there is one thing the magnificent state of Louisiana cannot offer its visitors or residents.

White sandy beaches. We are going to Florida, baby!

The time of year that Americans hit the road en masse.
Airports, bus terminals, and train stations are flooded with people trying to get “home”. Whether it is your parents’ house, your sister’s, your uncle’s, or your cousin’s, Thanksgiving and Christmas just have to be celebrated in the presence of family.

Home Sweet Home.
Sit back, relax, and bring on the food. And the booze!

Nothing excites my boyfriend more than food, so obviously we were driving up to North Carolina for both Thanksgiving and Christmas.

Two road trips from New Orleans to North Carolina.
One at the end of November, the other towards the end of December.

Nothing strange here, we are just two people taking a nice little 850 mile / 1350 kilometer drive – one way! – to make it to the dinner table in time.

Gotta get that turkey! And that ham! 😛

What is your dream road trip?
Did you get stuck in the planning stage or did you go out and hit the road?
Any favorite (US) locations? Tell me! I can always use more inspiration for future travels! 😉