Halloween in the United States. An absolute freaky frenzy for kids… and adults!

Stores are obviously more than happy to hop onto the commercial bandwagon, but do you think any of these retailers would be able to tell the history behind this somewhat strange celebration? Would you?

I have a feeling most of us might not. I know I didn’t!
I happily joined in the freaky fun last year when I was living in the United States. I decorated the house, designed several costumes, carved Jack-o’-Lanterns with the kids, bought tons of candy for trick-or-treaters… No questions asked.

I bet you didn’t know, that…

Halloween partially comes from the ancient Celtic tradition of Samhain. Similarly, the ancient Roman festival of Feralia celebrated the Roman spirits of the dead. Parentalia was the overall name of this 9-day festival to honor dead ancestors.

When the early Christian church co-opted Celtic Samhain traditions, “All Saints Day” or “All Hallows” was created [November 1]. The term “All Hallow’s Eve” – the night before All Hallows, and believed to be the night that spirits would roam the earth as ghosts – turned into “Halloween” over time [October 31].

Click the image below to check out a funny and short video on the history and evolution of Halloween by the History Channel:

No energy, time, or money was spared on my first Halloween experience last year. In Dutch we have a saying that goes something like: “If you do something, do it right.” And I seem to take that very much to heart. In everything I do.

So there I was, a few days before Halloween, staring into a mirror while trying on different costumes. Would I be Dracula, a Zombie bride, or something non-scary like a Disney character? 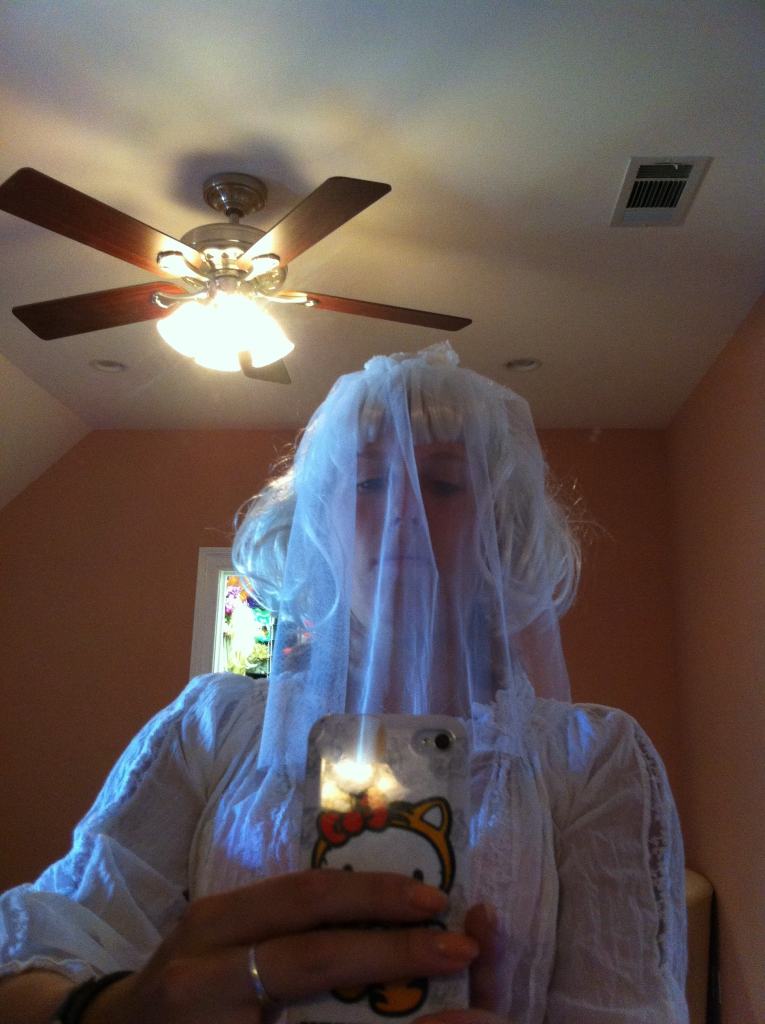 “Is the latter even allowed?” I hear you. My thoughts exactly when I asked around ‘what other people would be going as’. Apparently, all is fair and fashionable when it comes to dressing up for Halloween. No need to be horrific if you don’t want to.

Personally, I settled for a costume classic. For one night, I would willingly wander the wobbly walkways as a Wicked Witch while whimsically wary of wacky weirdos, wizards, werewolves, and walking dead.

My first Halloween also happened to be a Halloween with kids. And boy, do they know how to get the kids excited for Halloween in America!

There is Halloween parties at school and at friend’s houses to show off your most original costumes, there’s trick-or-treating on the night of the 31st [of October] to see who can get their hands on the most candy, and in some neighborhoods there is even a garden decoration competition for who can showcase the creepiest creatures, graves, and crawlers.

The following Halloween tip I have for families with kids probably won’t win you any prizes, but it will most definitely make for an unforgettable afternoon of arts & crafting fun!

Voilà!
Your house will be ready for this Halloween season!

And I can promise you, your kids will be immensely proud of their work. Depending on their age, they might not be talking about much else for a week! [Apparently, I’m good at impressing 2 to 5-year olds 😛 ]

Down in New Orleans, things are generally done LOUD and PROUD. Halloween is no exception to this rule.

In fact, a city known for its haunted houses and a history of inexplicable voodoo mysteries, murders, and massacres has a reputation to uphold!

No problem. If there’s one thing Nola is extremely good at, it is throwing a party. And how do New Orleanians celebrate? Indeed. By taking to the streets.

Merry, fairy, or scary: time to line up for the floats! 🙂

“Come out, come out, wherever you are…”
The Halloween Horror train is riding through town!

That’s right, ladies and gentlemen, parades are not just limited to Mardi Gras. Or an audience of kids, for that matter.
Be it beads and coconuts at the Zulu parade, glittery shoes from the Muses divas, or green cabbages (!) for St Patrick’s Day, catching ‘some of them goodies’ is serious business.

Not to mention the enormous privilege of riding in a float…
But I’ll tell you more about that some other time.

For now, I wish everyone young and old, scared or bold: HAPPY HALLOWEEN!

Oh, and watch out for zombies or skeletons who try to chop your head off… 😉

Is Halloween celebrated in your country?
Have you ever participated in the monster madness?

What is your favorite Halloween costume? Tell me, show me… scare me!